February 25, 2020 by JamesFrank in Election General News
Early voting for the March primaries kicks off on Tuesday, February 18th with the races to conclude on March 3rd. As we always do, we’ll provide information in the body of the newsletter on how to find out the logistics of voting in your area and other voting resources. As a reminder, I rarely, if ever, endorse in the local races. While I sometimes have strong opinions on these races, I must be in a position to work well with whoever ends up winning. This prospect is made considerably more difficult if I endorse against the eventual winner. I will share with you how I am voting on many of the up-ballot races, as it is often very difficult for people in the district to have any real information about these races (especially the judicial ones).
The following is who I will be supporting on my Republican primary ballot:
My support for the incumbents at the top of the ticket, President Trump and Senator Cornyn, needs little explanation. Both men are obviously the best Republicans on the primary ballots when it comes to representing the state against their Democratic challengers in November. The same goes for Ryan Sitton who is running for reelection as a railroad commissioner.
The TX-13 congressional race is an extremely crowded one with 15 candidates. The March 3rd election is really about which two candidates will make the run-off as it is extremely unlikely that anyone will be able to garner 50% of the vote in such a crowded field. There are a number of quality candidates who I believe would do a good job representing us in Washington. With that said, I think it is nearly impossible for someone who has not lived in the district for a substantial amount of time to effectively understand the makeup of the people who live here and how they should be represented.
Also, I have had a handful of people reach out to me to ask my opinion about the propositions on the ballot. As a reminder, the propositions on the primary ballot are simply a form of opinion polling. They are not binding in any way and are mostly used as a way to gauge general interest on certain issues of the day. I think it’s also important to recognize that they are often worded in ways to obtain a specific result, not necessarily gauge the primary electorate’s stance on issues that can be nuanced.
There’s one other item I’d like to touch on that matters not only for this election, but also for our civic life in general. I cannot stress enough the importance of local elections. Though the races at the national level are the ones that get all the attention in the media and on Facebook, it is the local politics in your city, county, school districts, and state that have a more direct impact on your life. If you want to have a big impact on politics, spend time learning who your local elected officials are and begin engaging with them. Very few of us can have a meaningful effect on what is happening at the national level, but many have the time, talent, and ability to influence local politics.
It is a blessing to represent you in the Texas House.

James
. . . This is an excerpt from a newsletter sent February 17, 2020
READ FULL NEWSLETTER HERE
Read More 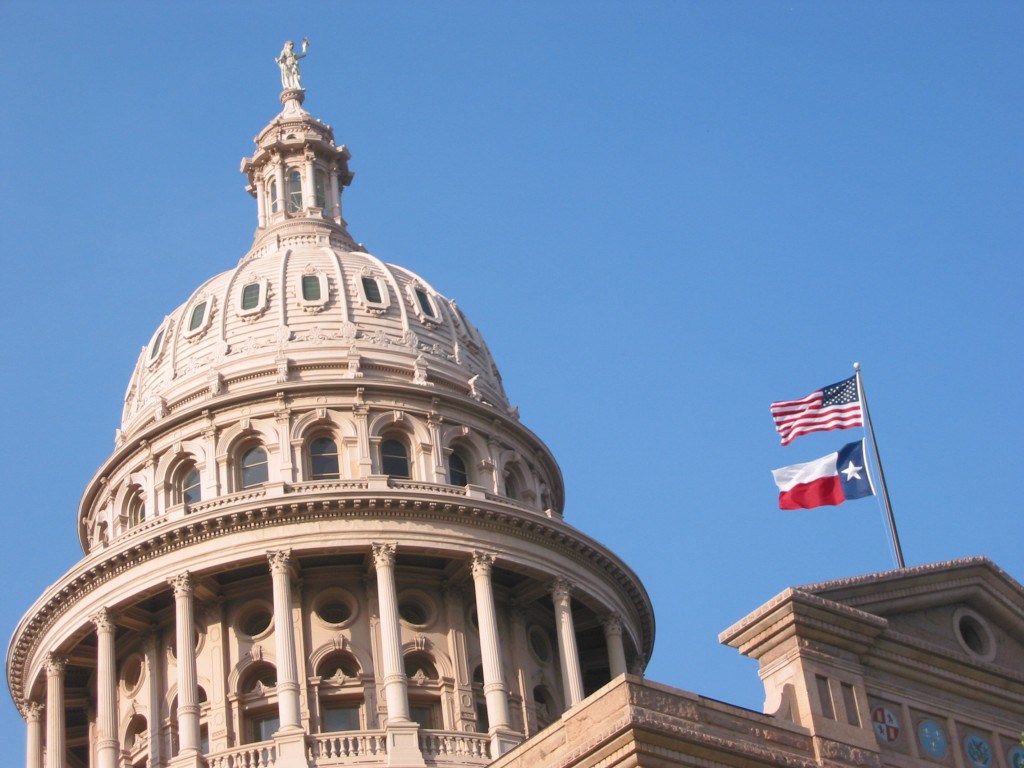 As some of you may know, I have been blessed this year to be unopposed in both the Republican primary election and in the general election in November. That means that I will be “reelected” as your state representative for another two year term (2021-22). The best part of being unopposed is that it allows me to use the next 11 months to dig in on policy work as we prepare for the next legislative session.

As we have started the new year, my staff and I are setting goals and objectives for our legislative priorities.  Since the foster care system, Child Protective Services (CPS) and its parent agency, the Department of Family and Protective Services (DFPS), have long been a high priority for me, I thought it would be timely to share some of these ideas as we plan for the next legislative session.
Overall, there is a lot of reason to be optimistic for the future of foster care in Texas.  First, Texas families of all stripes continue to answer the call and take at-risk children into their homes, either on a temporary basis or as a new forever home through adoption. In December 2019, DFPS reported that they have seen an increase in the number of adoptions in the last fiscal year.  Second, staff turnover at the agency has steadily declined over the last several years, which can help lead to better results for kids.  Finally, Texas continues to roll out Community Based Care (CBC), a paradigm shift in the delivery of child welfare services, whereby non-profit organizations manage foster care services at a community level in order to better align services with the needs of foster children.
Notwithstanding these positive trends, there is always room for improvement.  Specifically, wrongful child welfare investigations and removals continue to be a problem for many families in our state creating trauma for children and unnecessary churn and distractions for the workers trying to improve outcomes for those kids.  I also am concerned for the implementation of the Family First Prevention Services Act (FFPSA) (a federal law which significantly redirects federal funding around foster care services) as well as the ongoing saga of the federal court case surrounding case load standards and other CPS items.
With any area of large governmental involvement, there are two distinct but interrelated areas to monitor-legislation and administration. Drafting law and directing state spending are two essential activities for which the Legislature is solely responsible, yet when done poorly, create massive challenges for even the best agencies. Conversely, it is equally true that innovative and carefully crafted laws can be undermined by poor implementation. Both sides are essential to good governance!
If you are interested in additional detail about 2020 and beyond for child welfare, we’ve got more for you in the bulk of the newsletter.
May God bless you and your family,

James B. Frank
. . . this is an excerpt from a Newsletter sent on January 27, 2020
READ FULL NEWSLETTER HERE
Read More